I’ve been a part of the army and law enforcement. I very well know how these systems work and know what they fear. They also know that I know. Maybe that’s why they haven’t done any harm to me.

When asked if he could come back to Russia, the journalist assures he hasn’t crossed that line which would make him dangerous to the regime. Yet adds, that these days he could get arrested for nothing. In Ukraine he has applied for the residence permit and hasn’t yet received a positive answer.

In 2010 after series of articles about Chechen refugees in Finland Florin was labeled as a “war betrayer” and kept receiving serious threats. Then Soviet dissident Vladimir Bukovsky helped the journalist move to Finland for a while. Today Bukovsky who lives in the Great Britain is accused in possessing and making child abuse images, which the dissident considers as a Russian special services-engineered attack on his dignity.

This man and I didn’t know each other when we were shooting at each other. Our OMON squad was stationed in the school where he used to work as a teacher. I better tell him this, let him know…

Florin’s book “Who are we fighting?” published in 2013 tells about two missions to Chechnya in 2001 which the journalist took part in. Later, as he went to Finland to write about the Chechen refugees he met his former “enemy,” a Chechen school teacher who used to fight against Russians. 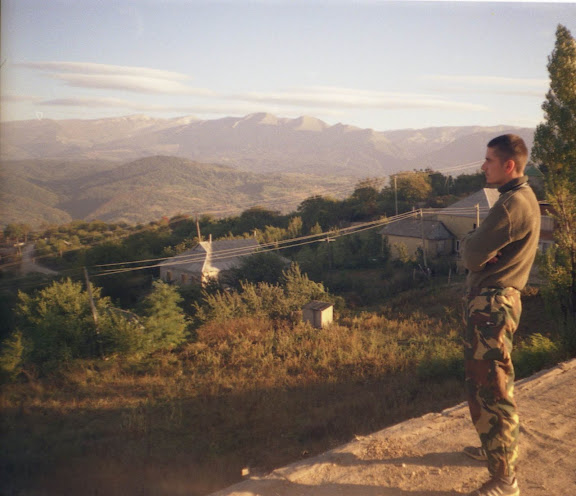 This is how journalism ended in Russia, he believes: Chechnya started a sequence of distorted media reality shows that later proceeded to broadcasting about tragedies in Beslan, Nord-Ost, and the Second Chechen war.

In the early 2000s, Florin was a member of militia’s special OMON squad which was sent to Chechnya. Before the mission, the journalist tells, soldiers had been through a month-long ideological training. During the first Chechen War, Russia claimed that it had been reestablishing the constitutional order and saving peaceful Russian people. During the second Chechen war, soldiers were told that the Chechen people needed protection from the foreign terrorists and asked Russia for help. In reality, Russia was killing civilians and wasting lives of own soldiers, the journalist states.

In 1995 people accepted the authorities’ version about terrorists who were against the Russian people. Nobody tried to dig deeper until packs of coffins started arriving home. Everybody kept silent.

When the government realized the first Chechen war is pointless, it started seeking for a way how to present it through TV screens, Florin explains. This is how journalism ended in Russia, he believes: Chechnya started a sequence of distorted media reality shows that later proceeded to broadcasting about tragedies in Beslan, Nord-Ost, and the Second Chechen war.

Florin joined Russia’s police, officially called “militia,” in 1997, soon after coming back after a compulsory army service. He says he wanted to contribute into maintaining public order and help people. By the early 2000s, he realized he could no longer be a part of that system. When he quit, Florin entered the world of Russia’s media with an article “How to become a ment” [“ment” is a Russian slang word, a disrespectful name for a militiaman – Ed.] revealing harsh truths about the Russian law enforcement system.

You have to prove your loyalty. If anything illegal is happening, not only that you won’t report but you will take part in it.

Florin recalls how during his internship in militia his coworker robbed a man detained for being drunk on the street. The legal procedure before transporting the wrongdoer to the police station foresees carrying on examination of his pockets and belongings. The examination was done on the street, with dozens of witnesses and looked absolutely proper. After it the militia officer called his coworkers and gave them all some cash, explaining he stole it from the detained during examination. “I then realized I shouldn’t take risks and accepted that money. Another guy refused to and was fired in a month. Because it was obvious he wasn’t ‘trustworthy‘,” Florin explains.

In 2008, this knowledge helped him uncover a mass scale corruption scheme: government money intended for restoring Chechnya and Daghestan border regions was brought back to Moscow in cash in order to split it with Moscow officials responsible for allocating funds. Businessmen carrying 18 kg of cash were detained in the airport, where militia took away 50 mn rubles. Florin claims that amount of money was too big for the airport militia to steal, which meant the whole corrupt chain was arranged from the highest level officials. The newspaper Moskovskiy Korrespondent published that article and was closed two months later.

Florin started media career as a teenager in 1991 and has been returning to the sphere during all his life periods. He describes the early 90’s as the period when people had more freedom and interest into media, making development and experiments possible. However it didn’t last long. During his career, the journalist had to work on paid materials called “dzhinsa,” as well as experienced situations when the editors published government materials under his name.

First, he explains, the “information agreements” between the government and the media appeared when media took obligation to cover the activities of the state bodies and officials. Then outlets became commercialized following interests of advertisers and later the owners.

When in the early 2000’s the major TV channel NTV got censored by Putin’s authorities, and later taken over by the Gazprom-Media holding director Alfred Kokh, people went out to protest. However, media organizations didn’t unite over the conflict and protest movement didn’t go mass.

It was understood then, that you can do whatever you want with the media. People just didn’t care.

The pressure on media which started then lasts till today and no one tries to resist. The law adopted few years ago allowed the Russian state media control bodyRosKomNadzor blocking websites for any reason was silently accepted by journalists and the society. People didn’t care much, Florin says, or just didn’t notice something happened.

He also recalls another huge turn in Russia’s history, which went unnoticed.

In 1999 a coup d’état happened, but nobody paid attention to it. On 31 December Boris Yeltsin announced his resignation and turned over his powers to Vladimir Putin. The people were chopping New Year’s salad “olivye” and didn’t notice the change. They kept drinking and celebrating winter holidays for next 2 weeks and then woke up in a new country. However, no one ever asked any questions.

Not much has changed since then, Florin states. “Take a look at the very recent scandal with Putin’s offshore companies. The story went public. Has anything happened, changed after it? Nothing. They aren’t questioning what’s happening in the country, what was the purpose of taking over Crimea, what the price of the dollar was before 2014, what they could afford then and now. Putin, offshores, – they don’t care. Chechnya, people are dying, – they don’t care. People simply don’t care.”