The moderators of the conference:

Dmitry Florin, YABLOKO member, veteran of combat operations in Chechnya, independent journalist, author of a book on the war in Chechnya

Participants of the conference:

The very first “secret” assault of Grozny, Chechnya, took place on November 26, 1994. The attempt of Russia’s secret services to capture the city and topple president Dzhokhar Dudayev failed. Russia’s militants who had been recruited by the Federal counterintelligence service participated in the assault. The abortive assault of Grozny showed the active participation of Russia’s authorities in the Chechen internal conflict and in connection with that the Security Council of the Russian Federation took the decision to start force “measures aimed at maintaining of constitutional order”. The burnt column of Russia’s tanks, captured Russia’s militants became the result of such a decision.

Minister for defense Pavel Grachev publicly abandoned the captured militants and stated that “a large number of mercenaries fight for both parties of conflict”. Also, he called the tank column “a column of armed opposition to Dudaev”. Despite the fact that at that time TV channels weren’t poisoned by censorship and showed the captured soldiers who said their names and part numbers, the official authorities abandoned them.

A similar thing takes place in Ukraine at the moment. “The lost paratroopers”, “captured and dead Russia’s soldiers who “suddenly” turned out to had been dismissed from the part lists” or had gone on “vacations”. They’ve been abandoned too.

The presence of the Russian army in the conflict in Ukraine is being officially belied the same way as in 1994. Everyone knows what followed the assault of Grozny, Chechnya, on November 26, 2014.

Death toll on behalf of the federal forces

Loses of the Chechen military units:

According the Izvestia newspaper, from 9 to 14 thousand people

According to Aslan Maskhadov, more than 120.000

In August 1999 an uncontrollable group of Chechen militants invaded the territory Dagestan. The elected president Aslan Maskhadov disapproved of the invasion. However, the decree ordering the start of the “counter-terrorist operation” was passed by President Boris Yeltsin in September. 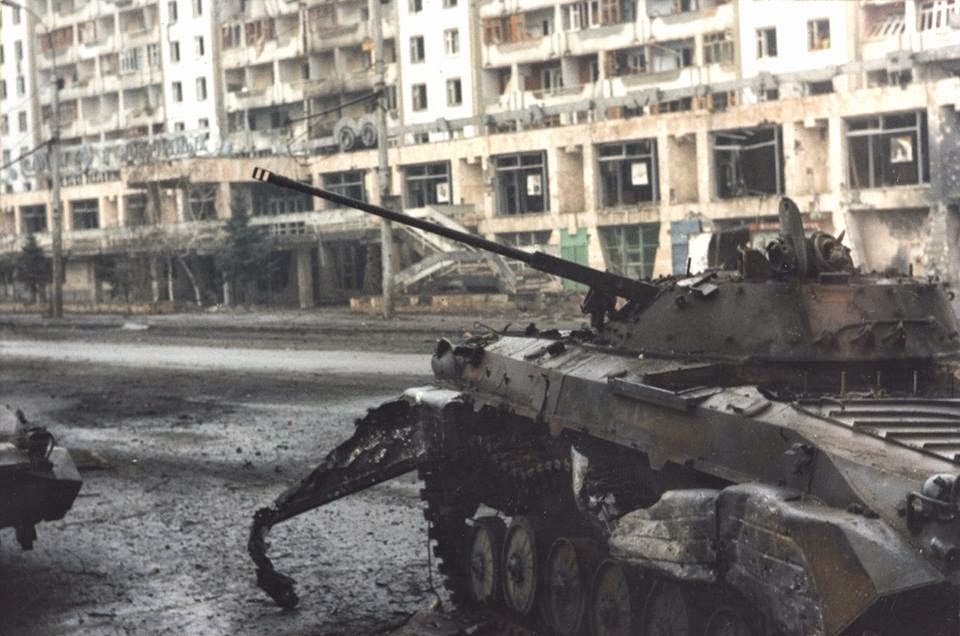 On September 23 Russian troops started mass bombing of Gronzny an its surrounding, on September 30 they entered the territory of Chechnya. The Second Chechen war continued the First Chechen war.

According to Russia’s official data, the federal forces lost 4,572 soldiers, 15,549 were wounded, 10,800 Chechen militants were killed, about 1000 civilians were killed.